While Hotel Mumbai, the Hollywood movie that recreated the terrorising event of 26/11 attacks in Mumbai, got critically appreciated, the one thing thing that also stayed with people was patriotic song which, after Jai ho, is sure to be the next most played patriotic number of recent times.

This cross over cinema’s patriotic song, Humein Bharat Kehte Hain happens to be composed by musical brother duo Sunny and Inder Bawra and they still can’t believe the song is really working that well with people. “We have worked really hard on this track and usually when it isn’t an item number or a peppy, romantic or upbeat one, you don’t expect the song to pick up this easily. But Humein Bharat Kehte Hain turned out to be an anomaly which pleasantly surprised us. The lyrics written by Kumaarji made this song doubly special because you really have to have the right words when it comes to writing a song for our mother country!” says Sunny Inder.

Hailing from a humble background in Bathinda, Punjab, this composer duo haven’t had their success easy. “We moved to Mumbai in 2000 and after a struggle for either years, we got our first break with mythological TV Series Jai Shri Krishna on Colors! That changed things for us and we eventually went onto do 50 Tv shows and earned our space in the television industry. Our most acclaimed work in the small screen still remains Devon Ke Dev Mahadev.” says Inder while further added, “But movies were still a distant dream till we met Mr. Vikram Bhatt who gave a break in Ankur Arora Murder Case. The music worked well in the film and we later went onto do Hate Story Series Background score with our dear friend  Director Vishal Pandya along with Wajah Tum Ho.”

“Work eventually started trickling in along with recognition in the industry. We were approached by Mr. Nishikant Kamath and Mr. John Abraham for Rocky Handsome, Madaari and later also did a song in Badhaai Ho lyrics by one of the best Lyricist of Bollywood Kumaar Ji and sung by Padam Bhushan Shubha Mudgal Ji,”says Sunny Inder who’s happy that they finally have their hands full work some good work. Sunny Inder also won their first Filmfare Award for their musical works in Punjabi film Jora 10 Numbari.
The duo have recently also released their single with Zee Music Company titled Rule Ke Gaya Ishq Tera that has already cross a million views. “I am thankful to Mr. Anurag Bedi  for giving us this beautiful association with Zee Music,” says Inder who is also looking forward to an amazing fun flick Bole Chudiyaan for which they are not only composing music but also making Nawazuddin Siddiqui rap for a song!
Well their upcoming work sure sound interesting and would be worth eagerly waiting for. 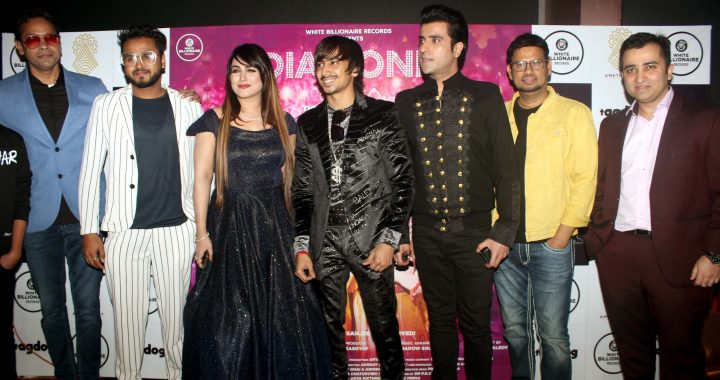